My 3 nights in Bologna has been a great time. I’m glad I shook off some of the dullness of Milan. Starting in Turin, Italy has slowly been building towards the final crescendo (for the first leg of this trip) that will be the next 3 nights in Venice (October 22-25). I am still stunned by the fact that I’ve managed to enjoy each destination more and more, still waiting for something to rub me the wrong way…

My view of the city was initally shaped at night, when I took the short 5 minute walk to Piazza Maggiore at 20:00. I found myself standing in the middle of a huge piazza with Neptune on one side of me and Basilica San Domenico on the other(?).

The streets were lit with great ambience, people seemed to gather everywhere, and pedestrian zones stretched through multiple streets surrounding the piazza. I found myself moving throughout the center, able to scope out a bunch of pubs and cafés before making my first dinner choice. It was a good night. Bologna feels incredibly safe and I was in no rush to get back to bed.

The following two days were just as good. I started my first full day early, as I climbed the Assini Tower (€3,00), and it had some inspiring views of the city and hills in the immediate distance. Again, photographs do not bring this city justice:

The remaining 6 hours were spent walking the inner city. I wouldn’t bother trying to keep track of the length of the porticoes. For scientific purposes, let’s call it a “f**k ton”.

The best part of Bologna (besides night time), has been the Foto/Industria exhibition. It contains 14 exhibits, all surrounding the topic of “Production”. I mean that in every sense of the word. I will elaborate further, but here were my top 3 exhibit artists:

I believe the exhibits run through November. If you are visiting Bologna, I highly suggest this free activity. Not only are you being exposed to photos/art/suggestion, but this exhibition is spread out. By taking in 12 of them, I was able to see a large portion of Bologna, in between it the exhibits. 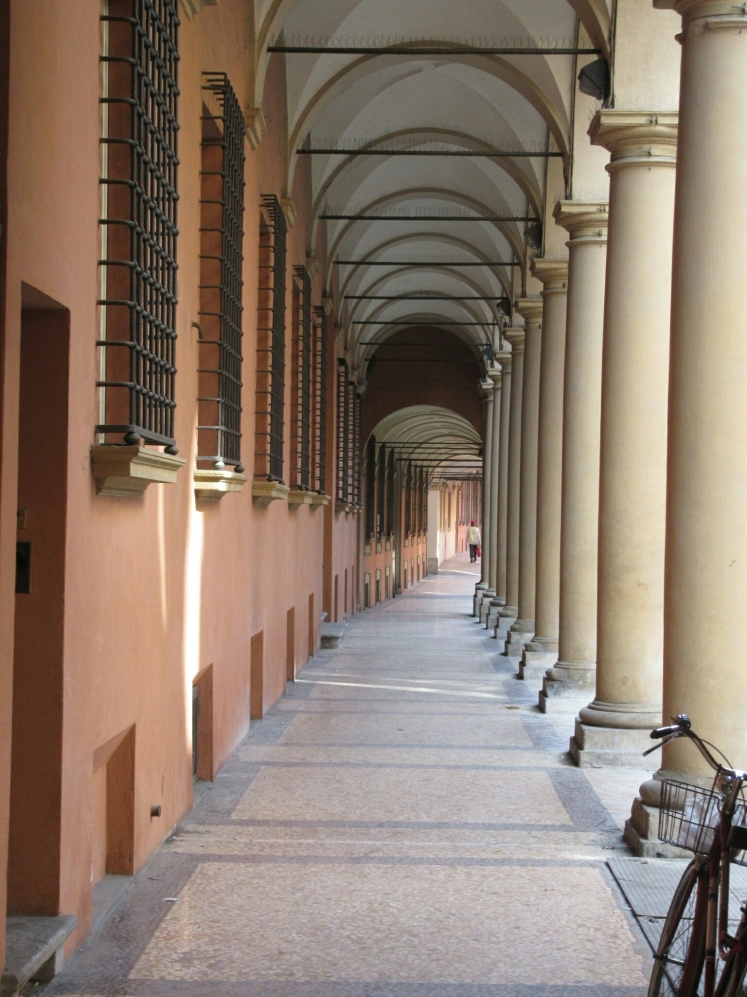 I wandered for hours, searched for graffiti (not tags 😧), visited many churches, and became best buds with all the porticoes. 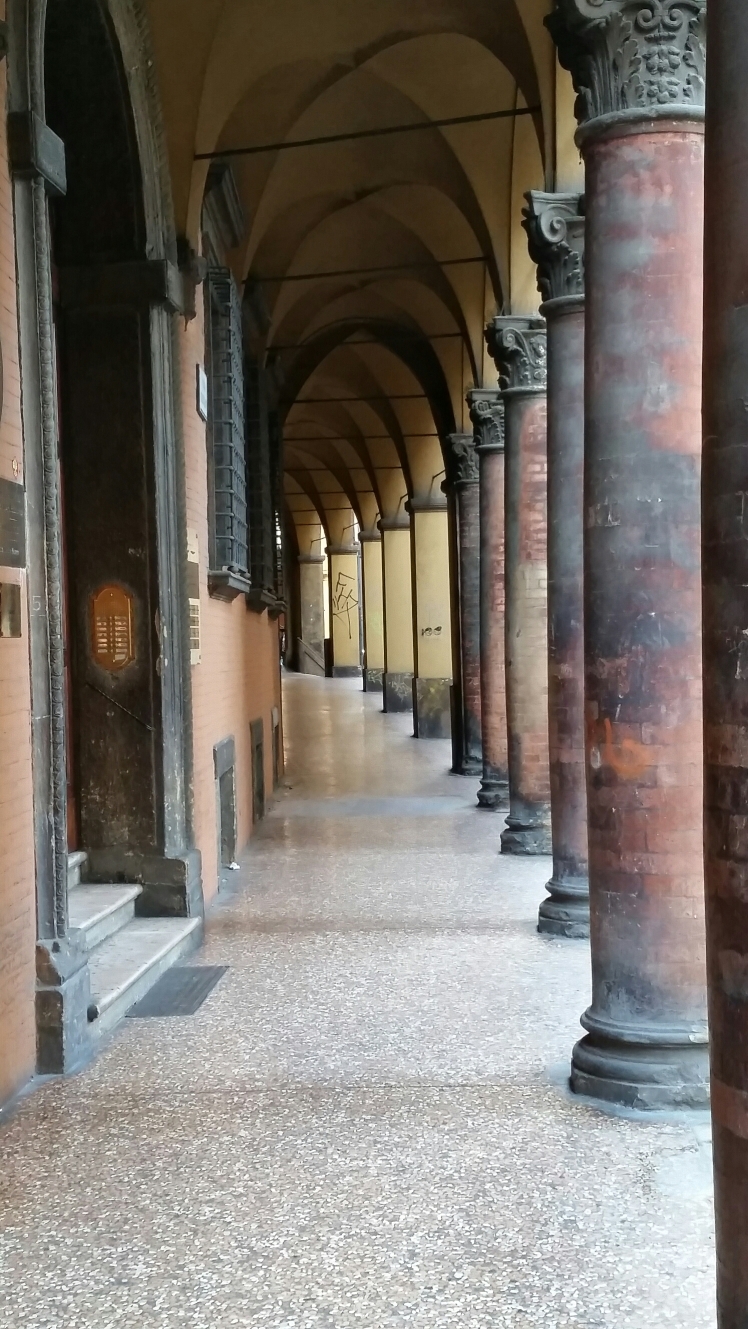 I ate at La Svolta, where the owner taught me some Italian and introduced be to great dishes (reviews to come). I had the most natural pizza in Italy, to date. I even drank my way through tons of .5L servings of wine during my stay.

I will always remember the warm people, even if they may not speak English(and may actually dislike me for all I know). I will remember the secure feeling of walking the porticoes. I will remember the images that shouted at me during the exhibition. I’ll even remember the rickety steps of the Assini Tower, which gave me some National Treasure vibes  (as in I may fall to my death).

Over 3 days/nights, I took a total of 9 pictures in Bologna. I know that when I write about my favourite spots when I get home, there will be a professional shot somewhere on the internet. As such, I simply enjoyed my time. Lucca was amazing, but wandering through Bologna has been a treat. One which I will neve-

WHOA. Almost ate too many corn flakes there :p But seriously. If you are traveling through Italy, Bologna boasts the perfect combination of history, gastronomy, wandering, and wine. Please consider this place. I promise you won’t regret it once you step inside the old town.

Next: Tomorrow, I head to Venice. This is a place I’ve wanted to visit, even before I knew what it looked like…

6 thoughts on “Bologna: Insiiiiiiiiide of You”